His birthplace in Ruppersthal, Lower Austria, now the Pleyel Museum

He was born in Ruppersthal [de] in Lower Austria, the son of a schoolmaster named Martin Pleyl.[2] He was the 24th of 38 children in the family.[3][4][5] While still young, he probably studied with Johann Baptist Vanhal, and from 1772 he became the pupil of Joseph Haydn in Eisenstadt. As with Beethoven, born 13 years later, Pleyel benefited in his study from the sponsorship of aristocracy, in this case Count Ladislaus Erdődy (1746–1786). Pleyel evidently had a close relationship with Haydn, who considered him to be a superb student.

Among Pleyel's apprentice work from this time was a puppet opera Die Fee Urgele, (1776) performed in the marionette theater at the palace of Eszterháza and in Vienna. Pleyel apparently also wrote at least part of the overture of Haydn's opera Das abgebrannte Haus, from about the same time.

Pleyel's first professional position may have been as Kapellmeister for Count Erdődy, although this is not known for certain. Among his early publications was a set of six string quartets, his Opus 1.

In the early 1780s, Pleyel visited Italy, where he composed an opera (Ifigenia in Aulide) and works commissioned by the king of Naples, Ferdinand I. 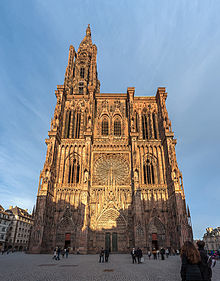 Attracted to the benefits associated with an organist position, Pleyel moved to Strasbourg, France in 1783 to work alongside Franz Xaver Richter, the maître de chapelle at the Strasbourg Cathedral.[6] The cathedral was extremely appealing to Pleyel as it possessed a full orchestra, a choir, and a large budget devoted to performances.[7] After establishing himself in France, Pleyel voluntarily called himself by the French version of his name, Ignace. While he was the assistant maître de chapelle at Strasbourg Cathedral,[8] he wrote more works than during any other period in his musical career (1783–1793).[9] At the cathedral, he would organize concerts that featured his symphonies concertantes and liturgical music.[10] After Richter's death in 1789, Pleyel assumed the function of full maître de chapelle. In 1788 Pleyel married Françoise-Gabrielle Lefebvre, the daughter of a Strasbourg carpet weaver. The couple had four children, the eldest being their son Camille. Maria Pleyel, née Moke (1811–1875), the wife of Camille, was one of the most accomplished pianists of her time.[4]

In 1791, the French Revolution abolished musical performances in church as well as public concerts. Seeking alternative employment, Pleyel traveled to London, where he led the "Professional Concerts" organized by Wilhelm Cramer. In this capacity Pleyel inadvertently played the role of his teacher's rival, as Haydn was at the same time leading the concert series organized by Johann Peter Salomon. Although the two composers were rivals professionally, they remained on good terms personally.

With the onset of the Reign of Terror in 1793 and 1794, life in France became dangerous for many, not excluding Pleyel. He was brought before the Committee of Public Safety a total of seven times due to the following: his foreign status, his recent purchase of a château, and his ties with the Strasbourg Cathedral.[11] He was subsequently labeled a Royalist collaborator. The outcome of the committee's attentions could easily have been imprisonment or even execution. With prudent opportunism, Pleyel preserved his future by writing compositions in honor of the new republic. All were written in Strasbourg at times surrounding the Terror. Below are the pieces composed with dates of publication and details:[11]

Most of these compositions debuted at the Strasbourg Cathedral, which was known at the time as the Temple de l'Être Suprême (Temple of the Supreme Being), as churches were outlawed during the Terror. Pleyel became a naturalized French citizen and thus came to be known as Citoyen (citizen) Pleyel.[11] With his involvement in artistic propaganda and loyalism to the new regime, Pleyel can be seen as the ultimate musical champion of Strasbourg republicanism.[11]

In addition to composing the above works for the Strasbourg public, Pleyel also contributed to the Parisian music scene during the Revolution. One example is Le Jugement de Pâris, a pantomime-ballet by Citoyen (Citizen) Gardel and performed with Pleyel's music (along with that of Haydn, and Étienne Méhul) on 5 March 1793.[13]

Pleyel moved to Paris in 1795. In 1797 he set up a business as a music publisher ("Maison Pleyel"),[14] which among other works produced a complete edition of Haydn's string quartets (1801), as well as the first miniature scores for study (the Bibliothèque Musicale, "musical library"). The publishing business lasted for 39 years and published about 4,000 works during this time, including compositions by Adolphe Adam, Luigi Boccherini, Ludwig van Beethoven, Muzio Clementi, Johann Baptist Cramer, Johann Ladislaus Dussek, Johann Nepomuk Hummel, Wolfgang Amadeus Mozart and Georges Onslow.[15]

Pleyel visited Vienna on business in 1805, meeting his now elderly mentor Haydn for a final time and hearing Beethoven play.

In 1807, Pleyel became a manufacturer of pianos; for more on the Pleyel piano firm, see Pleyel et Cie.

Pleyel retired in 1824 and moved to the countryside about 50 km outside Paris. He died in 1831, apparently quite aware that his own musical style had been fully displaced by the new Romanticism in music.[citation needed] He was buried in Père Lachaise Cemetery in Paris.

Pleyel was prolific, composing at-least 42 symphonies, 70 string quartets and several operas. Many of these works date from the Strasbourg period; Pleyel's production tailed off after he had become a businessman.

Recent scholarship has suggested that the theme for the Variations on a Theme by Haydn, by Johannes Brahms, Op. 56a, was probably composed not by Haydn but by Ignaz Pleyel.

Pleyel is one instance of the phenomenon of a composer (others include Cherubini, Meyerbeer, and Thalberg) who was very famous in his own time but currently obscure. Keefe (2005) describes a "craze for his music c. 1780–1800", and quotes a number of contemporary witnesses to this surge. For instance François-Joseph Fétis wrote, "What composer ever created more of a craze than Pleyel? Who enjoyed a more universal reputation or a more absolute domination of the field of instrumental music? Over more than twenty years, there was no amateur or professional musician who did not delight in his genius."[17]

Pleyel's fame even reached the then-remote musical regions of America: there was a Pleyel Society on the island of Nantucket off the coast of Massachusetts, and tunes by Pleyel made their way into the then-popular shape note tunebooks. Pleyel's work is twice represented in the principal modern descendant of these books, The Sacred Harp.

In his own time, Pleyel's reputation rested at least in part on the undemanding character of his music. A reviewer writing in the Morning Herald of London (1791) said that Pleyel "is becoming even more popular than his master [Haydn], as his works are characterized less by the intricacies of science[18] than the charm of simplicity and feeling."[17] In the mid 20th century, the harpsichord builder Wolfgang Zuckermann reminisced about playing Pleyel in his childhood in the 1930s: "When I was ten years old, my family string quartet played a lot of Pleyel since it was the only thing easy enough to keep us going. My cello part consisted of unending stretches of quarter notes played on open strings."[19] Pleyel continues to be known today as a composer of didactic music: generations of beginning violin and flute students, for example, learn to play the numerous duets he wrote for those instruments.

The piano firm Pleyel et Cie was founded by Ignace Pleyel and continued by Pleyel's son Camille (1788–1855), a piano virtuoso who became his father's business partner as of 1815. The firm provided pianos used by Frédéric Chopin, who considered Pleyel pianos to be «non plus ultra».[20] It also ran a concert hall, the Salle Pleyel, in which Chopin performed his first—and also his last—Paris concerts. In September 2009 a replica of the 1830 model of Pleyel's piano was built by Paul McNulty which is now in the collection Fryderyk Chopin Institute in Warsaw and was used in the 1st International Chopin Competition on Period Instruments.[21]